Some Parker models are popular at Parker Pen Vietnam

Today, many people search, collect Parker as a hobby and pleasure. In addition to the new Parker pen variants that are offered by Parker Pen Vietnam, the first Parker gives the player a nostalgic feel and captures the special mark of pen development branded Parker. Let STORE Vietnam learn about and evaluate some of the most popular Parker pens in Vietnam today. STORE Vietnam – The most prestigious distributor of Parker.

This is the Parker pen version of the very popular Duofold at Parker Vietnam and was produced to meet the needs of using large size pen, also known as “Big Red” the most modern. Parker Duofold – Masterpiece of perfection. This is the Parker model is present at STORE Vietnam is popular and hunting. The special feature of this Parker IM series is the first quality ball pen with large ink intakes. Parker Frontier is popular because it is one of the first major achievements of the Parker brand. Parker Frontier at Parker Pen Vietnam is considered the best writer of the century. Parker Frontier Pen is designed quite special, dry ink immediately after writing on paper. Growing up, Parker Jotter Pen line very simple but elegant. The Parker Jotter is a design breakthrough that uses ink from the available toner through capillary action. Users can pump ink into the pen or replace the gut to write very convenient. This pen is the current best-selling pen in the Parker Pen Vietnam distribution system. Many people like this Parker Sonnet by the delicate lines with design ideas inspired by famous models. Beside that, other Parker series are being distributed by STORE Vietnam as well: Parker Urban, Parker Vector, Parker Ingenuity 5th, Parker Premier, Parker Ellipse, Parker Aster, Parker Beta,…
Currently, there are many people looking for the Parker Series above at Parker Pen Vietnam. The price of these Parker pen is also very strong. Parker players are willing to spend a great deal on the purchase and collection of Parker series. They kept them very carefully. The popularity of the famous pen brand Parker is becoming a trend and joy of many people.
Parker marks the milestone of Parker’s famous pen brand development. At STORE Vietnam, these well-known pens are used by many business owners and more and more innovative versions to meet the increasingly diverse needs of customers. Please visit our website: https://penstore.vn/ for advice or to buy our products. 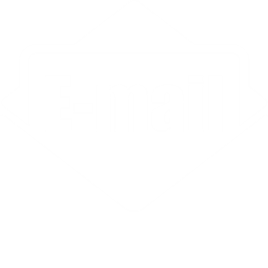